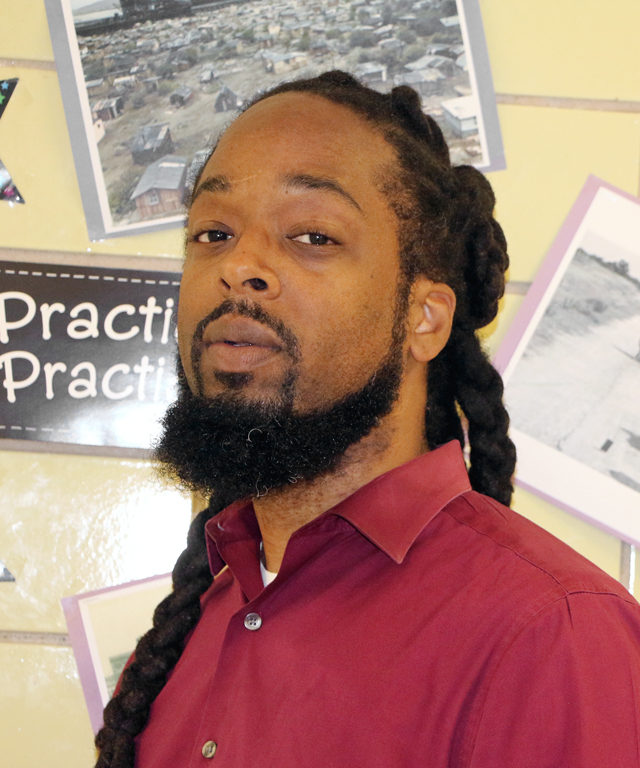 Terence B. Drakes is an educator and author who was raised and schooled in a suburban area of Toronto, Canada.  Both of his parents are from Guyana – an English-speaking, South American country, with Caribbean culture.  Born into a family that is imbued with pedagogues and authors, Drakes became an avid reader and a lover of the humanities from quite an early age.  Upon migrating from Toronto to Brooklyn in 2003, Drakes immediately matriculated into the Medgar Evers B.A. program.  Given Drakes’ deep interest and passion for literature, philosophy and the evolution of culture – it was only logical for him to pursue a Liberal Arts degree that concentrated upon British, Asian, African-American and Caribbean literary forms.  During his time at The City University of New York (CUNY), close ties were forged with faculty who deemed Drakes to be a skilled essayist as well as Medgar Evers College very own “In-House Philosopher”.

While living in Brooklyn for the past 11 years, Mr. Drakes has become increasingly keen in the awareness of his civic responsibilities, as a result, he has committed himself to provide community-based learning that extends the academic experience beyond the classroom. Within Brooklyn’s grassroots community, Mr. Drakes is well-known among marginalized adolescents because of his willingness to ‘reach out’ and his dedication to their personal transformation.  In 2014, Mr. Drakes graduated from Long Island University and earned a Master’s of Science in Urban Adolescent Education (M.S. Ed) degree that was accompanied by a minor in the English Language Arts.  Future endeavors include continuing to explore additional academic and professionalization opportunities – to ensure optimal teaching for all students – as well as the creation and publication of novels (and other written pieces) that provide direction to at-risk urban youth. When pondering upon his own educational philosophy, Drakes sees it is as the poet Yeats once did:

“Education is not the filling of a pail, but the lighting of a fire.